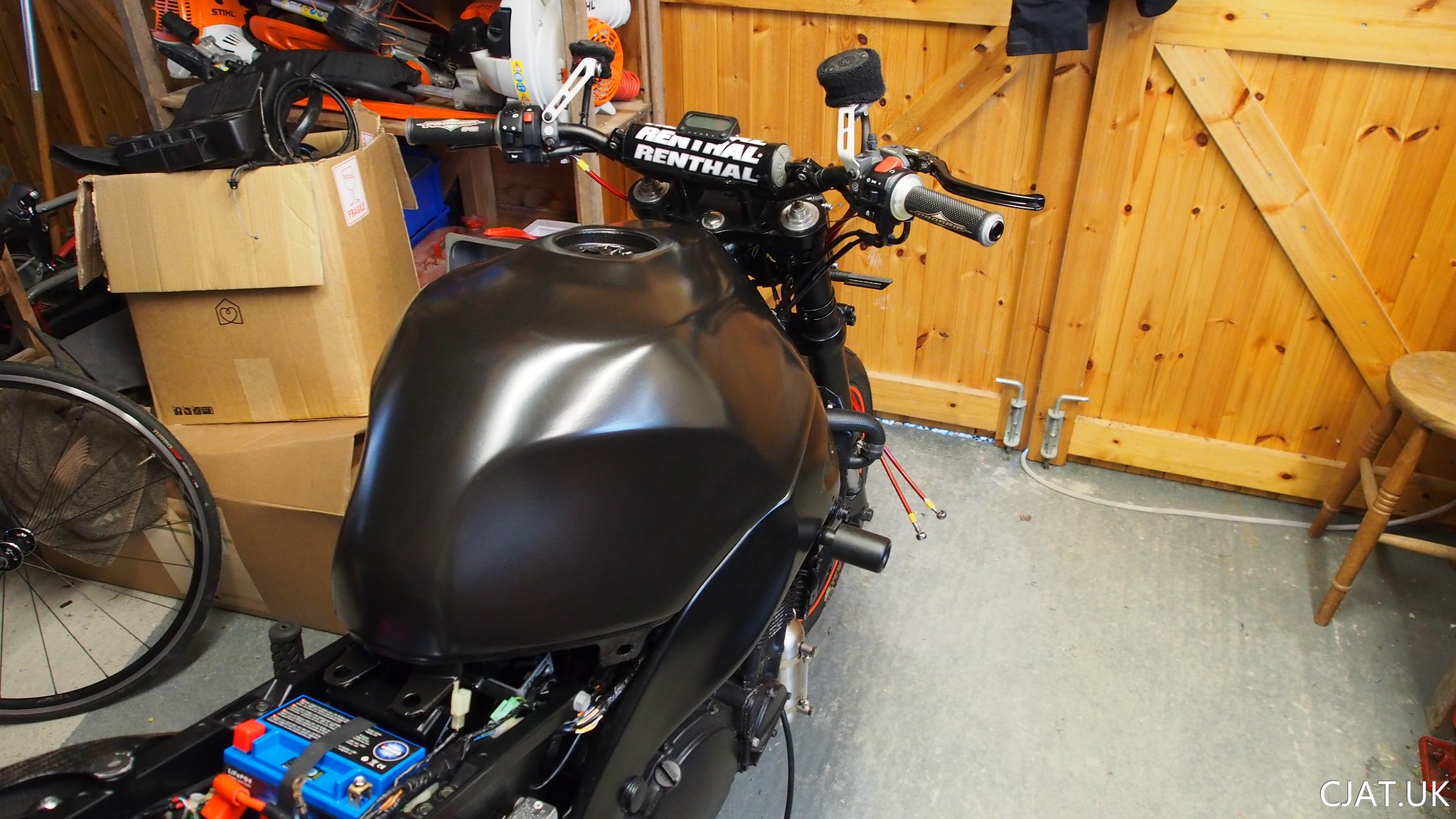 OK, so while the engine is being repaired I have a bit of a confession, I lied a little bit. I said that after I broke my engine I didn’t touch the bike till the beginning of 2016. However, the desire to work on the RF actually struck in early December 2015. I was looking at others’ StreetFighters on customfighters.com and decided that if the engine was more than I could deal with (and it was) at least I could make some progress on something I could do - the petrol tank. Back in 2013, feeling that the petrol tank didn’t look right on the bike (it had a Grand Canyon style groove all around the edge) I started work on some much needed modification (see Post 16). Coming back to work on it that December,  I quickly realized that, due to my lack of experience in bodywork, an amateur DIY attempt on the most visible part of bodywork left on the bike wasn’t going to cut it.

As you can see from the images above I began again to work on removing the gap and creating a nice smooth flow to the body work where it meets the frame. So I couldn’t fix my engine and I couldn’t finish the tank to a standard I was going to be happy with (I was feeling pretty useless). Overall, I guess I just really didn’t want to spoil all the hard work I had put into the rest of the bike. So I called a local company Fix Auto Petersfield who agreed to do the work, remove the gap and even prime and paint the tank for me! My original goal for the tank was to make it look like carbon, in order to match the subframe fairings. My research showed that the best way to achieve a carbon look (without an actual carbon tank) was to get the tank carbon skinned. This involves sanding the tank down, priming it with an adhesive and laying a sheet of real carbon fiber over the tank, which is then built up with layers of resin to protect it and give it a realistic carbon effect. This should last better and look more realistic than a hydrographic carbon effect. Fix Auto Petersfield agreed to fill the gap and prime the tank ready for the carbon skinning (which they couldn’t do for me). I collected the tank on Christmas eve and looking very smart, ready for carbon skinning.

See the next post for some better images of it on the bike.